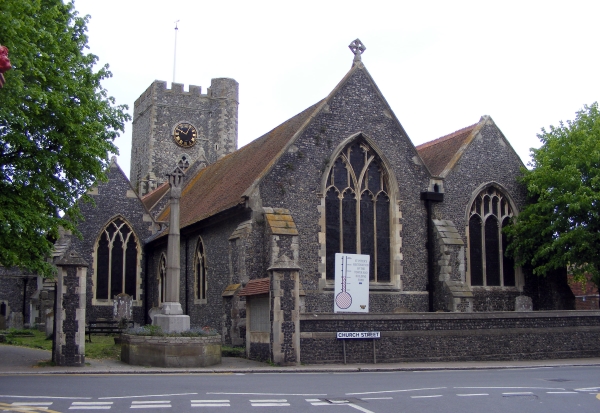 In the 14th century the Norman aisles were widened and the north west tower with its crenellations and gargoyles was added in the early 15th century.

Interestingly the church tower was used as a signalling station in Napoleonic times due to its then highly visible location and it still has the right to fly the White Ensign.

Like our other parish churches on Thanet, this church was heavily restored in the mid 19th century.

Historic England 2015. The National Heritage List for Britain: The Parish Church of St Peter the Apostle. List entry no. 1273791. http://list.historicengland.org.uk/resultsingle.aspx?uid=1273791&searchtype=mapsearch

St Peter in Thanet. 2015. A Brief History of the Church. http://www.stpeterinthanet.org.uk/aboutus.htm