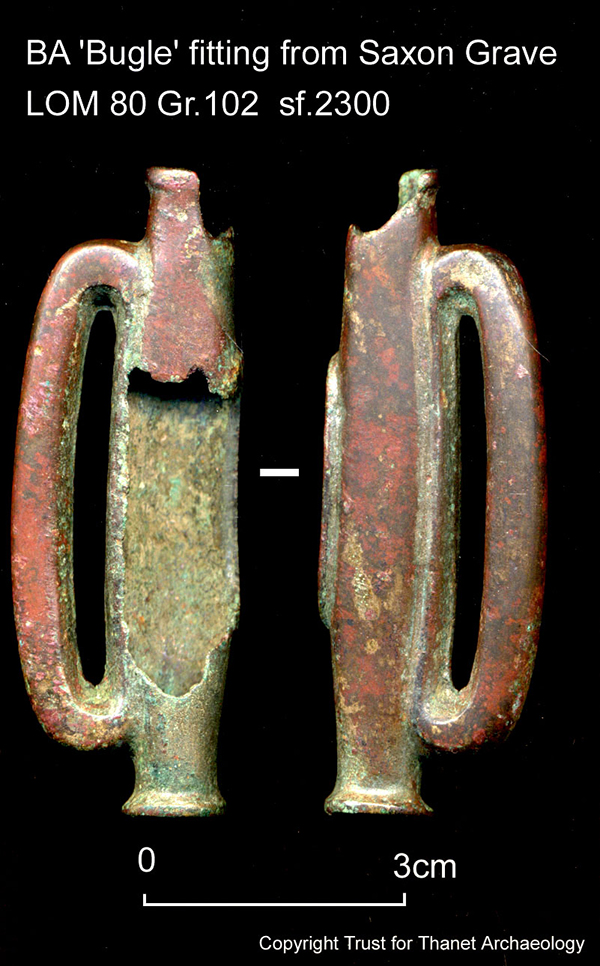 Today’s VM_365 image shows a Bronze Age ‘Bugle’ fitting that was found within an Anglo-Saxon grave at  Lord of the Manor, Ramsgate in 1980.

The ‘Bugle’ fitting is named after its similarity in shape to a bugle. This particular example is a cast copper alloy tubular fitting with a hollow body and an opening on the non loop side and at either end. Fittings such as these are attributed to the Late Bronze Age and are thought to form part of a harness or part of its equipment. The most likely use for this object would be for the fastening of a leather strap although its exact function is unknown. Other suggestions for its use have included a dog whistle used in rounding up livestock.

How did it come to be in a grave over a thousand years later? It seems that at all times in history objects from the past have been seen to be interesting enough to be collected and curated as curiosities. This object may have been prized by the occupant of the grave, or have been placed there by a family member as a talisman. Alternatively it may have come to be in the grave by sheer coincidence from the soil backfilled within it.