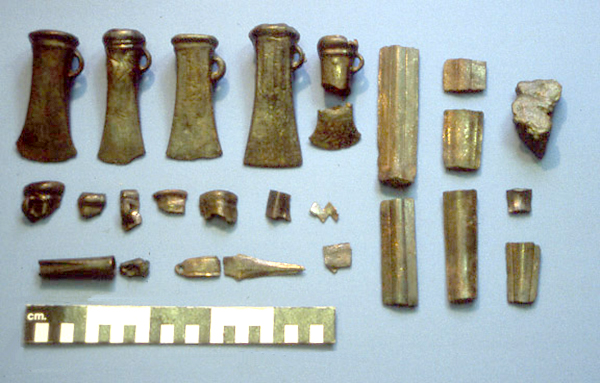 Today’s VM_365 image for Day 205 is of a Late Bronze Age Bronze Hoard given the name  Birchington III to distinguish it from other hoards. The bronzes were found by a metal detectorist near Quex Park, Birchington in 1996.

The hoard contains a large quantity of  material from the continent, probably brought in as scrap as part of cross Channel trading and presumably intended to be melted down and reused as were many of the Bronze hoards found on Thanet.