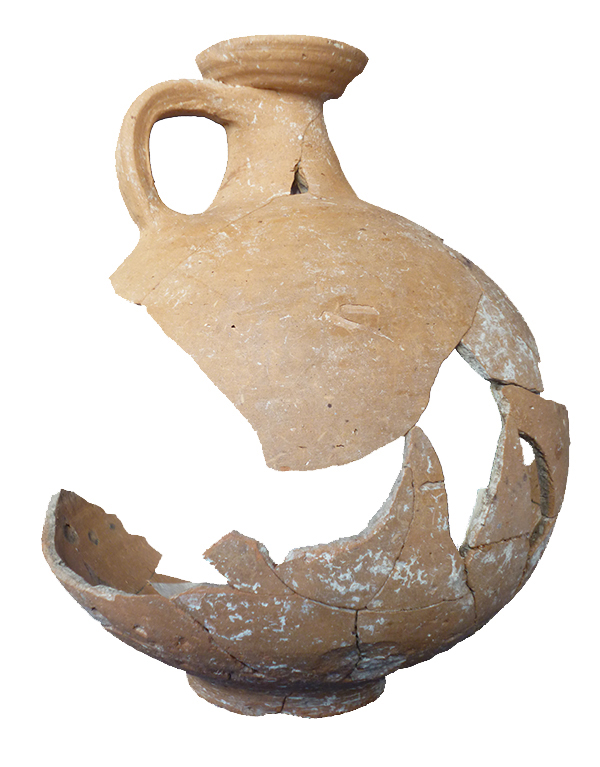 The image for Day 103 continues the series of images of vessels re-assembled from the many sherds recovered from the dump of kitchen ware from the Fort House Roman Building.
The vessel shown is a ring-neck flagon, a bottle with a handle which would have been used to store liquids, perhaps even wine. The flagon is made of a silty grey fabric with the addition of very fine grog filler and tiny fragments of red ironstone less than 2mm in size. Firing has turned the fabric to a buff-brown colour. The range of manufacturing date for this type of flagon is between 130-200 AD.

As it is pictured here, the pot has been carefully rebuilt from the 53 sherds that were recovered in the excavation, just enough sherds to reconstruct the full profile, although there were quite a few gaps. Fragments of another very similar flagon were present but could not be reconstructed.