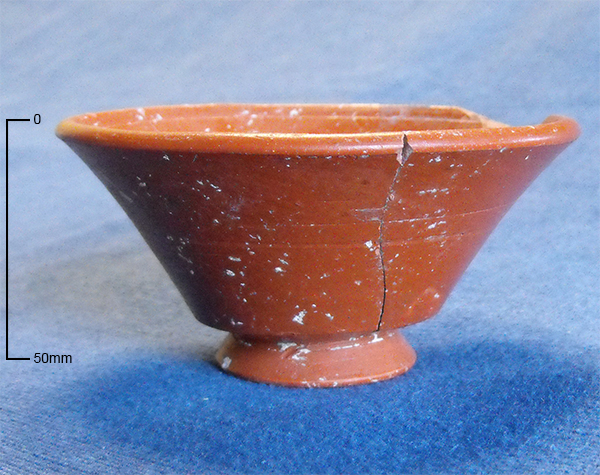 Today’s image shows one of the smallest vessel from the dump of broken vessels at the Fort House Roman building at Broadstairs. This small samian cup was found in four pieces which we were able to reconstruct to show the complete vessel. Some of the sherds became encrusted by a chalky deposit while they were in the ground.

The cup was made in Lezoux, Central Gaul between AD 120-200 and is of Dragendorff 33 form, a common type of samian vessel. It has a makers stamp in the interior, the characters of which are indistinct, but the name begins with a V and cannot yet be identified. The base and rim shows hardly any wear, although the chip from the rim probably occurred accidentally while it was being used before it was dumped with the other pottery.