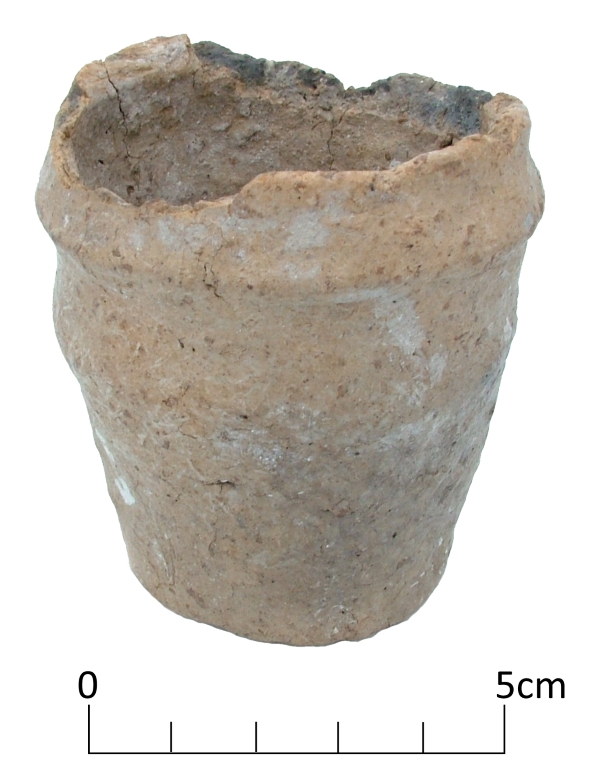 An unusual Early Bronze Age miniature collared urn discovered in the North Foreland area of Broadstairs  is shown in our image for VM_365 today.

While building a house on a plot in North Foreland Avenue in 1979, workmen rescued the tiny vessel from a pit after they had uncovered the ring ditch of a round barrow. Rescue excavations on the site traced part of the ring ditch as well as human remains from a later period within the same site, representing at least five Iron Age burials.

The Collared Urn, which has an estimated date range of 2000 – 1500 BC, is one of a few examples of tiny versions of these vessels that have been found in Britain.  The urn may have been placed in the central burial of the barrow, which had already been built over when archaeologists investigated the site.

Miniature vessels like this may be token representations of their full size counterparts, used as a substitute in certain cultural conditions, or they may represent the smaller end of a range of functional vessels, collared cups rather than urns.