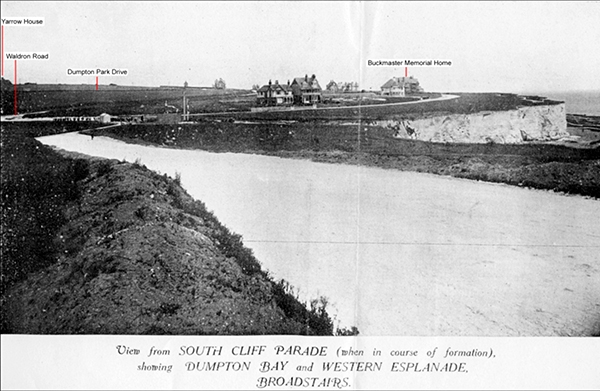 Yesterday we introduced you to Howard Hurd, Thanet’s first scientific archaeologist. Today we show you some of the archaeological work carried out by Hurd at Dumpton Gap and South Cliff Parade, Broadstairs.

The image above, taken c. 1907  for a land auction catalogue, shows what Dumpton Gap looked like as the new estate was being laid out along the cliff top between Dumpton Gap and Broadstairs. The view is taken from South Cliff Parade, near where the entrance to Seacroft Road is now.

In the background the buildings that were already constructed are marked; Buckmaster Memorial Home, along the Western Esplanade and Yarrow House (now East Kent College) on the edge of the picture. The beginning of Waldron Road and Dumpton Park Drive are visible in the background. At the top of the cutting leading down to Dumpton Bay you can see the buildings associated with the entrance to a submarine telegraph. 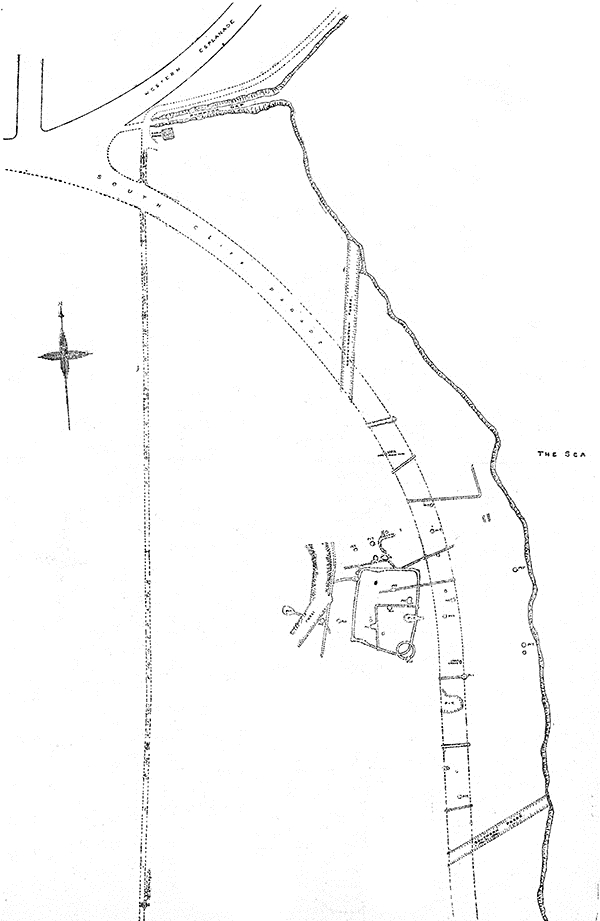 In his capacity as Town Surveyor and Engineer, Hurd recorded the archaeological features that were exposed during the work and published reports on them. You can see from the meticulous plans that he published in 1913, that  many archaeological features were revealed when the roadway was stripped. The features include a small prehistoric round barrow, pits, ditches and the settlement enclosures which he referred to as a Late Celtic Village. 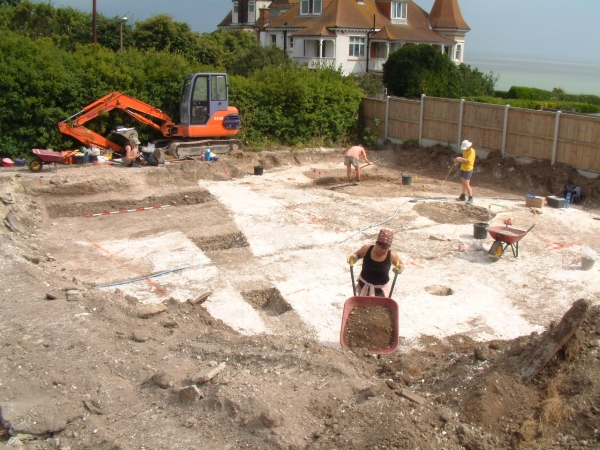 Excavations carried out at Seacroft Road by the Trust for Thanet Archaeology in 2006 allowed us to revisit a small part of the area that Hurd recorded. Our plans of the site overlaid almost perfectly with his and our excavations were able to establish that occupation on the Late Iron Age site, which Hurd referred to as ‘Late Celtic’,  continued into the Roman period. Roof tiles, stone and pottery of Roman date suggest that a building was located in the area, perhaps the one described by the Reverend John Lewis in his History of the Isle of Thanet, written in 1736, as being present in this area.

Moody, G. A. 2008. The Isle of Thanet from Prehistory to the Norman Conquest. The History Press: Gloucester.