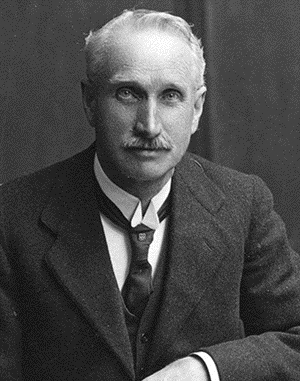 Howard Hurd was Thanet’s first scientific archaeologist. In 1897, at the age of 32, he was  appointed Surveyor and Water Engineer to the Urban District Council of Broadstairs and St Peters in charge of the water supply and other services. His work on the new estates being constructed as the town expanded brought him into contact with many archaeological discoveries. The local construction workers were aware of his interest and brought things they had found to his attention.

Hurd produced comprehensive reports of his discoveries with accurate plans, illustrations and photographs. He recorded archaeological discoveries of Bronze Age Barrows at King Edward Avenue, Valletta House and Dumpton Gap; Roman cremation urns at Rumfields Road and the Anglo Saxon cemetery at  Valletta House, now Bradstow School. In 1911 he was one of the founder members of the Broadstairs and St Peter’s Archaeological Society along with Miss Bartrum, the owner of Valletta House.

His work was the first accurate, scientific archaeological recording carried out on Thanet that still stands the test of time today.

Find out more by reading:

Moody, G. 2008. The Isle of Thanet from Prehistory to the Norman Conquest. The History Press: Gloucester. 19-20.