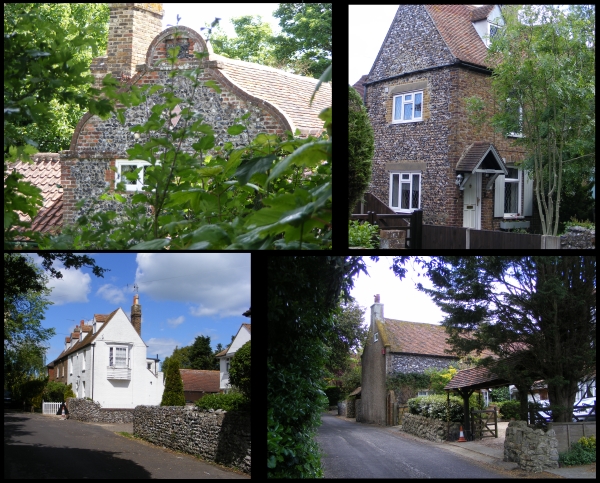 Today’s image for Day 340 of the VM_365 project shows a series of images of another of our Hidden Hamlets in Thanet, located around Holly Lane at West Northdown, Cliftonville.

Holly Lane is located a short distance south of Omer Avenue which featured on Day 338 of the VM_365 project. Before the area aroiund Holly Lane became part of the residential suburbs of Cliftonville, it was occupied by two farms; Hospital Farm and West Northdown Farm, which later became Holly Farm. Between 1907 and the 1930’s the area around both farms began to be in-filled with residential housing as agricultural land was sold off. Hospital Farm was completely demolished. By the 1960’s most of the area around Holly Lane was completely in-filled.

Evidence of its former isolated and agricultural character still exists along Holly Lane and Old Green Road. The oldest building, Grapevine Cottage (top left), is located in Holly Gardens, set back off Holly Lane and is believed to date from 1620 or earlier. It was originally two labourers cottages constructed of brick with curved end gables.  In the 20th century the building was altered to become a single house.

Other evidence of the 18th and 19th century agricultural origins exist in the form of flint boundary walls and flint and brick cottages.