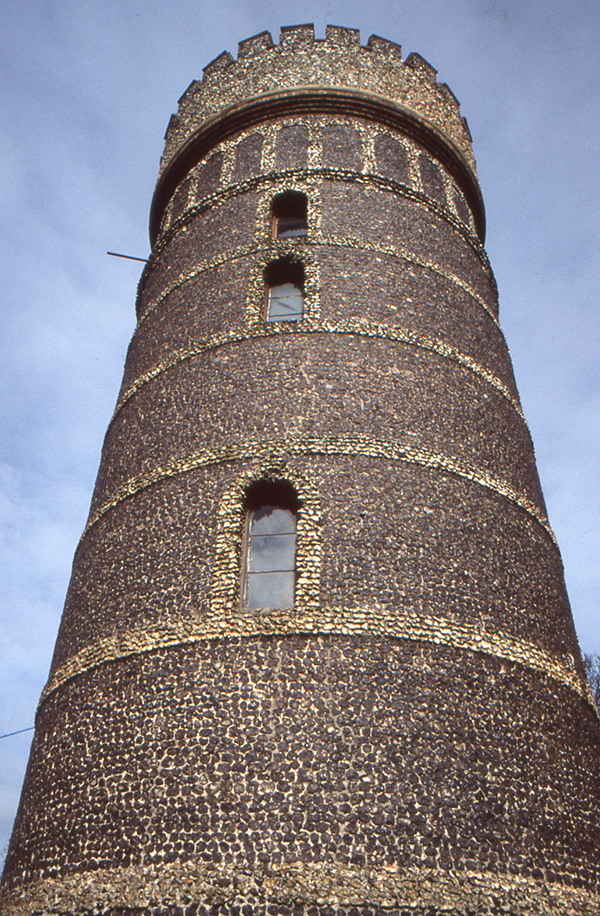 The image for Day 262 of the VM_365 project is of one of the landmarks of Thanet’s industrial archaeological heritage, Crampton Tower at Broadstairs. The tower stands three stories high (24.38m) and is faced with flint, the ubiquitous building material of the small towns and villages close to the sea in Thanet. The divisions between the stories and the windows and doors are picked out with rough flint dressings and string courses. The tower and reservoir are Grade II listed.

The tower was built  to improve the supply of fresh drinking water to Broadstairs and was designed and largely funded by the English civil engineer Thomas Crampton (1816 – 1888),  a railway engineer of great ability, who among many achievements was responsible for a locomotive design, which enjoyed particular success on the continent.

Crampton was born in Broadstairs, the son of a plumber and architect. His parents managed or owned therapeutic baths at Eldon Place, Broadstairs whose warm showers were notably enjoyed by Charles Dickens. Thomas Crampton had been involved in the construction of the Berlin Water works in 1855 and formed the Broadstairs Water Company in 1859.

In the Broadstairs Water Works designed by Thomas Crampton, water drawn from a deep well sunk into the chalk was stored in a large reservoir holding 380000 litres, which was covered by an impressive flint and mortar dome. A gas operated engine, which possibly survives in the tower floor, pumped the water from the reservoir to a tank at the top of the tower, where gravity created sufficient water pressure to supply houses in the nearby area.

Crampton’s water tower is one of the significant steps in the development of Broadstairs  from a cluster of fishermen’s cottages and boat building yards into a small town with the modern conveniences that were expected by visitors to the area and its growing population in the 19th century.