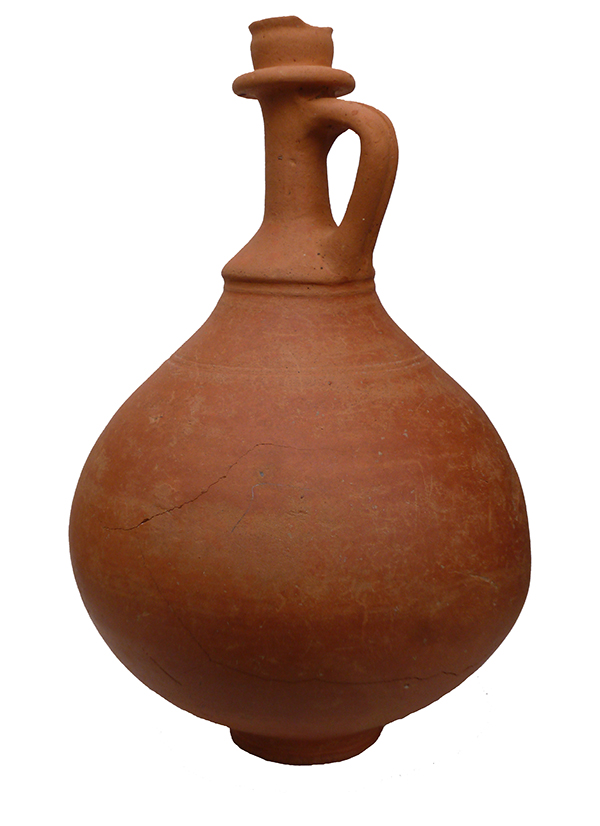 Today’s image for Day 257 of VM_365 shows a Roman bottle that was found in a grave excavated in Ramsgate in 2007.  The grave has featured in previous VM_365 posts, along with the finds that were present in the grave, the individual pottery vessels and evidence for the hob nailed shoes the young woman was buried with.

This bottle is classified as Pollard type 169 and has been manufactured in pinkish-brown Hoo St Werburgh fabric. It has a chipped rim, which may have been caused by the flint which was used as a stopper. The vessel dates between  c.AD.150-250/300.