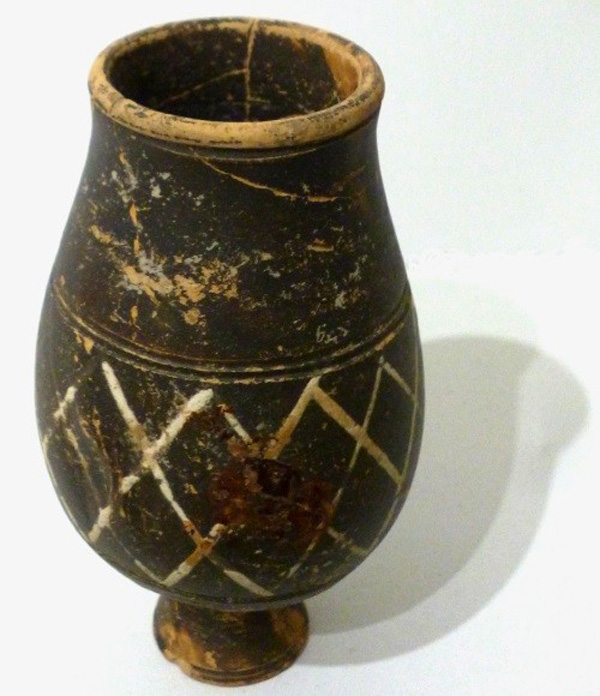 The image for Day 256 0f the VM_365 project is of a Roman Beaker found in a grave excavated in Ramsgate, which has featured in a series of previous VM_365 posts, along with the finds that were present in the grave and evidence for the hob nailed shoes the individual was buried with.

The beaker is in a colour coated ware, which means that the light coloured fabric of the pottery has been totally covered with a slip of dark glaze. The exterior of the pot was decorated further buy adding a white painted lattice pattern. The beaker was possibly manufactured in Gaul, in 3rd or 4th century AD.

Perhaps a story of greater human interest represented by this vessel are the impressions of the fingers of someone who grasped the body of the vessel before the clay had dried and left a lasting memorial of their otherwise unrecorded existence.

The survival of the intact vessels on the small archaeological site, despite the demolition of the buildings above and the use of a large toothed mechanical excavator bucket to grub out the foundations of the building that stood above it, is a matter of incredible luck.