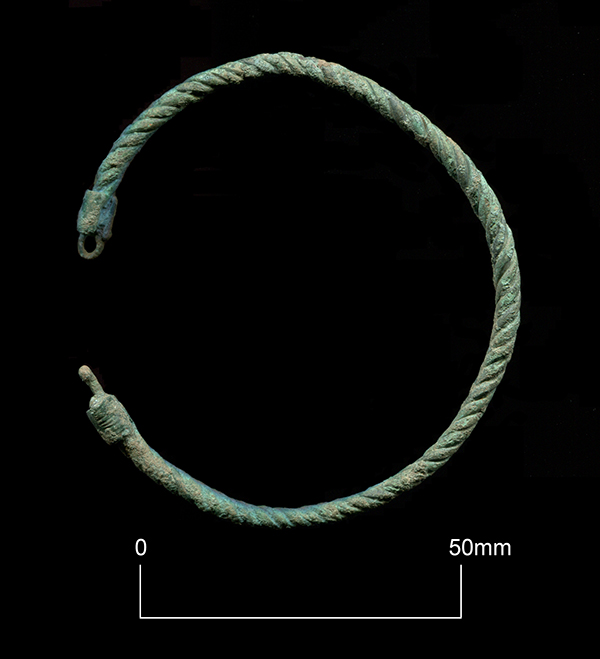 Today’s image for Day 253 of the VM_365 project shows a Roman copper alloy bracelet found within the 3rd to 4th century grave of a young adult female at Grange Road, Ramsgate in 2007. The complete pennanular bracelet is shown in situ in an image for Day 58 of VM_365.

The bracelet measures approximately 75mm in diameter and is made from four strands of wire twisted tightly together to form a single length. The diameter of the twisted wire measures approximately 4mm with each strand measuring 1mm. The ends of the bracelet fasten together in a hook and loop with the hooked end formed from a single strand of the wire reinforced with a flattened copper alloy strip clamped it to prevent unravelling. The looped  end of the bracelet is formed in a similar way but with a single strand of wire bent over on itself and clamped with a strip of metal. The wire forming the looped end of the fastening had been beaten flat.

When it was originally deposited at the foot end of the grave, the bracelet would have been beautifully shiny and almost the colour of gold although now it has become corroded over time and is coloured green.