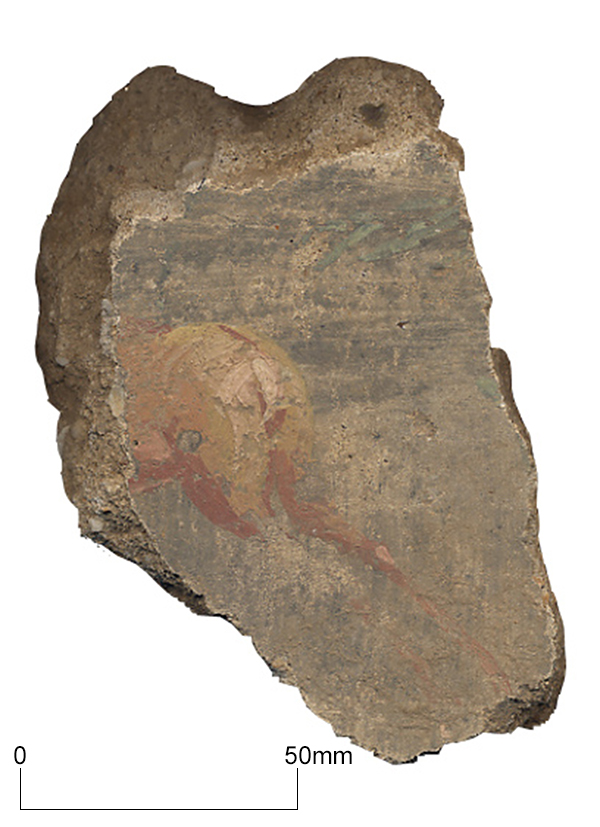 This is day one of a series of images from the Roman painted plaster collection from the villa at Minster.

Like many Roman villas excavated in Britain there was evidence that the buildings walls and ceilings had once been decorated with finely painted plaster which served a number of purposes. It allowed the rooms to be decorated with figurative representations of familiar scenes and allusions to literature and the natural world. It also allowed the more basic materials these buildings were constructed of, to be given the appearance of more expensive and exotic materials such as marble.

Today’s image shows an example of one of the fragments of the very high quality decorative wall paintings depicting the hind quarters of a leaping deer which can be compared with an example from Stabiae, near Pompei.