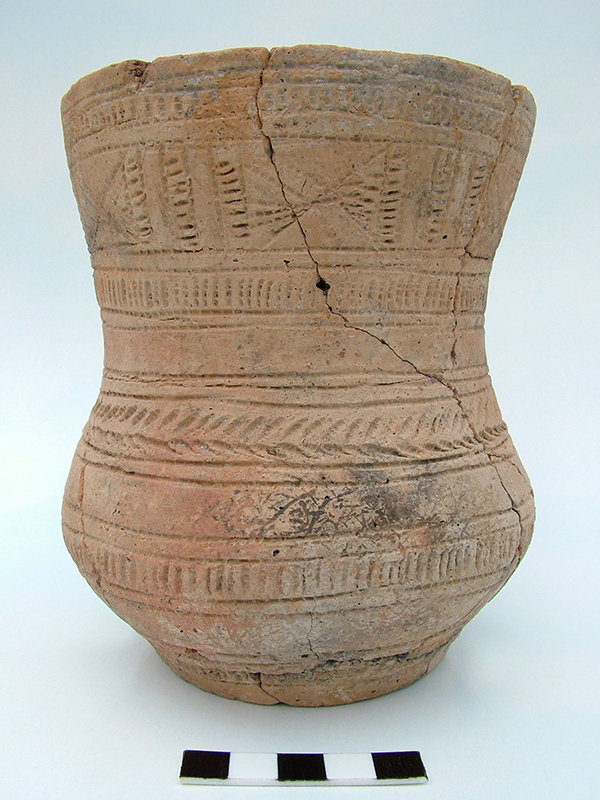 The vessel accompanied the crouched inhumation of a female aged over 40 years old who had been buried in a large pit cut into the chalk, around which a ring ditch had been excavated. The Beaker had been placed at her feet and a small flint scraper may have been placed near her head.

The Beaker is of the S2 type series, similar to the example found at Manston and has been decorated in four zones using a comb. It is made of very hard, well fired fabric that has been rapidly open fired.  An old break at the base shows possible traces of coil or ring construction.

One thought on “VM_365 Day 176 Beaker vessel from North Foreland”