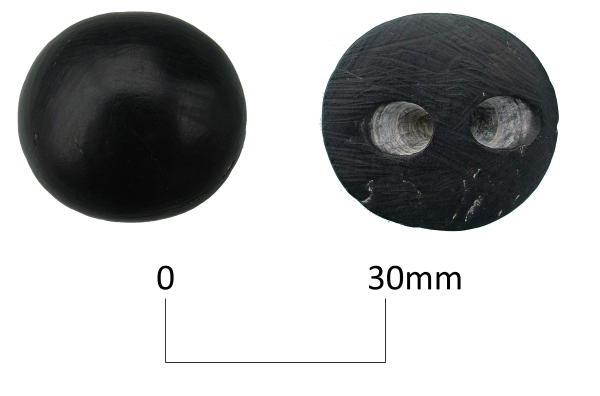 Today’s image shows the front and back views of a jet button that was found within the same grave as yesterday’s plano-convex flint knife from Manston, near Ramsgate in 1987.

The jet button was found resting on the floor of the grave to the west of the skull. Jet buttons of this ‘V’ perforation type that are also associated with a flint knife and a Beaker vessel are known as far afield as Devon, Berkshire and Wiltshire.