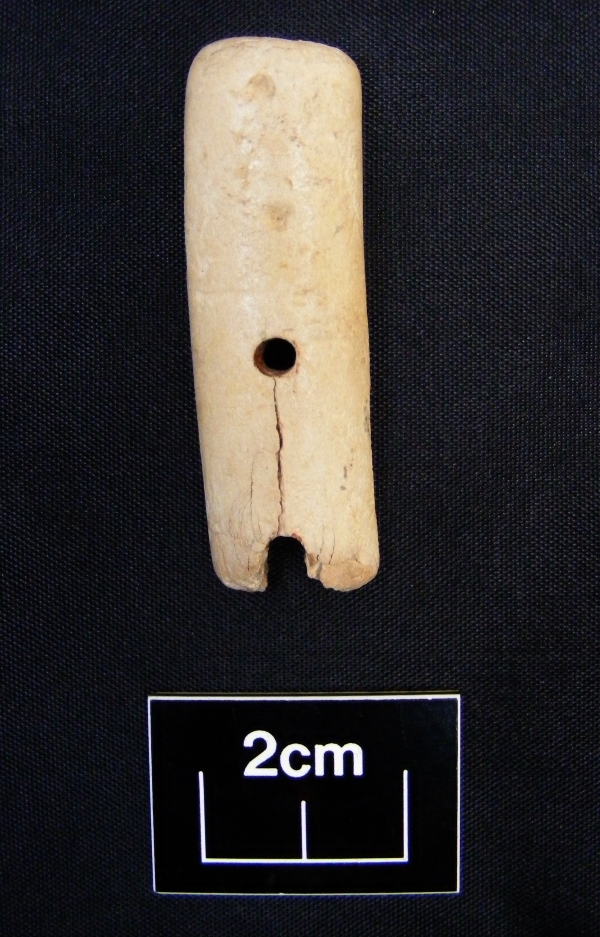 Today’s VM 365 Day 125 image is a fragment of worked bone found during excavations at North Foreland in 2001.

The worked bone was found in a large pit dated to the late Iron Age by the pottery contained within its fill.  Also found, at the base of the pit, were two sets of iron bridle bits.

This fragment of worked bone measures 52mm by 16mm and has been worked to form a relatively uniform convex curve along its length. It is probably a knife handle,  there is iron staining on the back and it is pierced by two holes, presumably for rivets to join the handle to the iron blade and its matching bone piece on the other side of the knife.  If you look carefully at the top of the piece you can see two shallow circular depressions where two false starts have been made for the rivet holes.