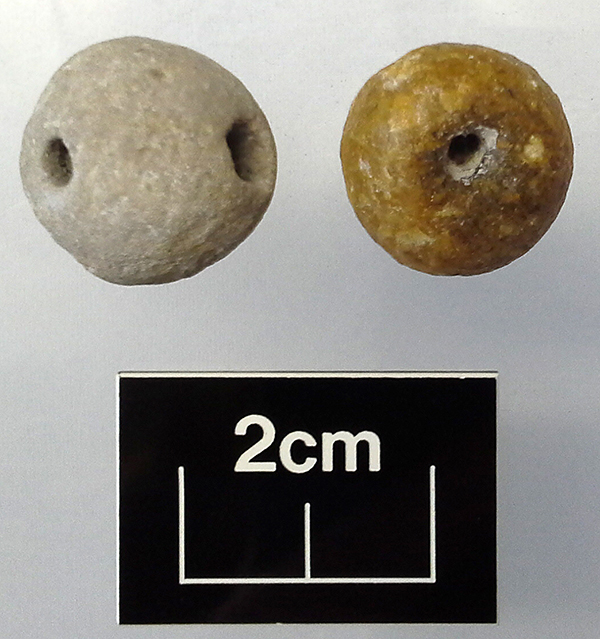 Today’s image for Day 300 of the VM_365 project shows two Late Iron Age/Roman beads from the box of archive from the 1964 Dumpton Gap excavation that we have been investigating. The beads have been made from materials that would have been readily available around the site, perhaps even picked from the nearby beach.

The bead on the right of the image is made from a light brown flint pebble that has been shaped to form a roughly round bead that has been flattened on each face. This bead appears to be unfinished; a large hole has been drilled partway through one side, while an attempt has been made to join the large hole with a much smaller hole on the other side but has not been completed. Other examples of unfinished objects found in archaeological excavations of a similar date nearby include a bone weaving comb and two spindle whorls.

The second bead on the left is made of chalk and is roughly spherical. Instead of having a hole pierced through the centre, it has been pierced off centre in a ‘V’ shape in a similar manner to the Beaker period jet button featured on Day 160 of the VM_365 project, to allow the bead to sit forward when strung on a cord and fastened around the neck.