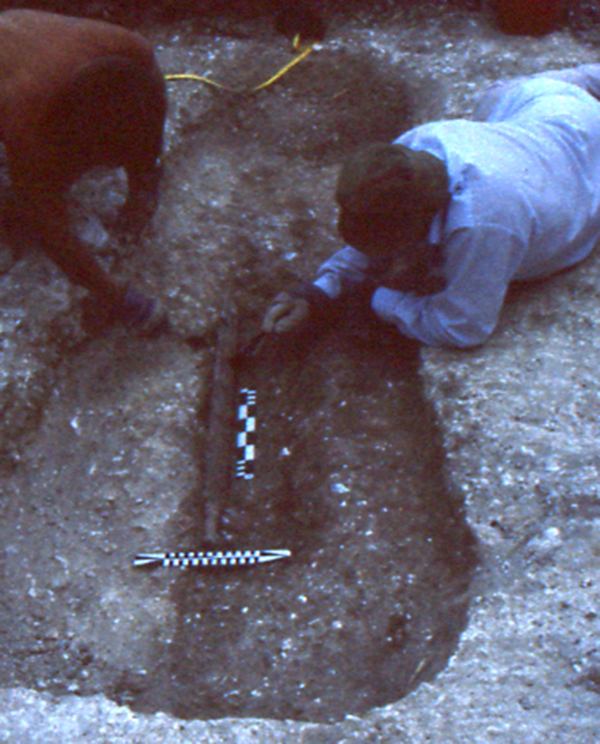 The image for Day 237 of the VM_365 project shows the excavation of an Anglo Saxon sword from the Sarre cemetery in 1990. The sword was excavated from Grave 275 which contained the skeletal remains of an adult male aged between 25 to 30 years old.

This image, from the slide archives, is the only one we have which shows the excavation of the sword in progress. As you can see from the image, the sword was found above the body, probably originally placed on the lid of the coffin, with the skeletal remains located at a lower level in the grave.

The sword and details on its manufacture, as well as an X-Ray  image have previously featured on Day 117 .