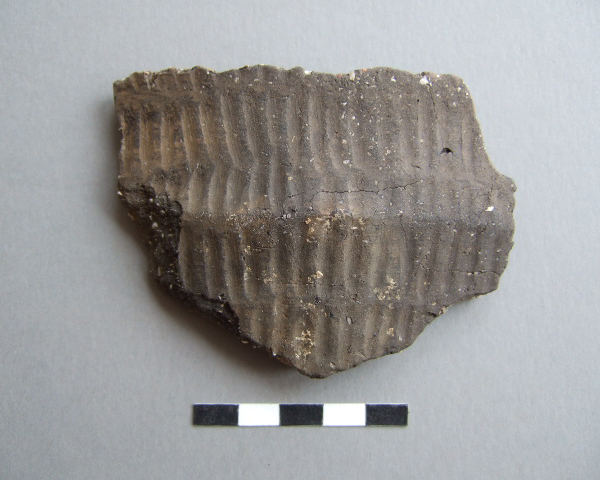 Today’s VM_365 image for Day 172 shows one of the sherds of pottery found  in 2007 in the ditch fills of an Early Neolithic causewayed enclosure at Court Stairs, Ramsgate.
This sherd is typical of the Southern Decorated tradition which was current during the second half of the Early Neolithic, broadly datable to between c.3600-3350 BC. In this case, the sherd has been indirectly dated by Carbon dating of an ox skull to 3636-3625 cal. BC.

One thought on “VM_365 Day 172 Early Neolithic Pottery from Ramsgate”