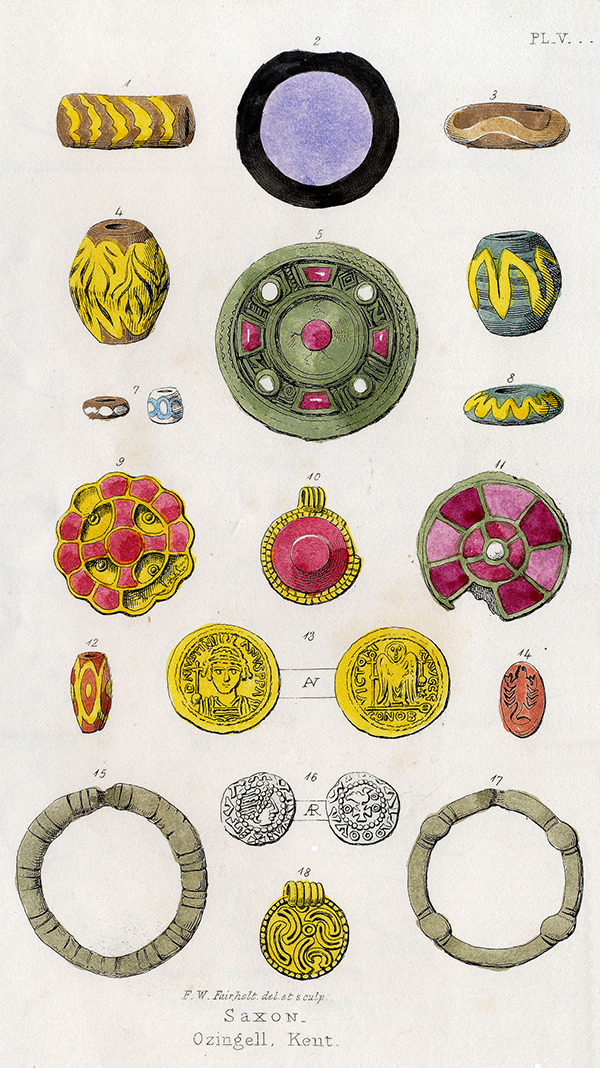 Our image for day 189 of the VM_365 project is of a set of artefacts from a grave at the Anglo Saxon cemetery at Ozengell near Ramsgate, illustrated with pen and watercolour drawings by F.W. Fairholt, to accompany Charles Roach Smith’ s publication Collectiana Antiqua. This image shows that the archaeological investigation of a site can be a long process, in this case spanning a century and a half.

The Ozengell site was first discovered in 1847 and has continued to be explored by excavation until the present day. The practice of archaeological recording and illustration have developed over time and investigation at a site like Ozengell has spanned the development of several new technologies. The objects illustrated in this publication are recognisable and comparable with parallels from this and other sites that were excavated in later periods when illustration was more developed and photography commonplace. Archaeological records represent a growing body of data that can be revisited over time so that new information can be compared with past finds and it is a testament to the quality of Fairholt’s work that these drawings remain a useful resource for understanding this important site.