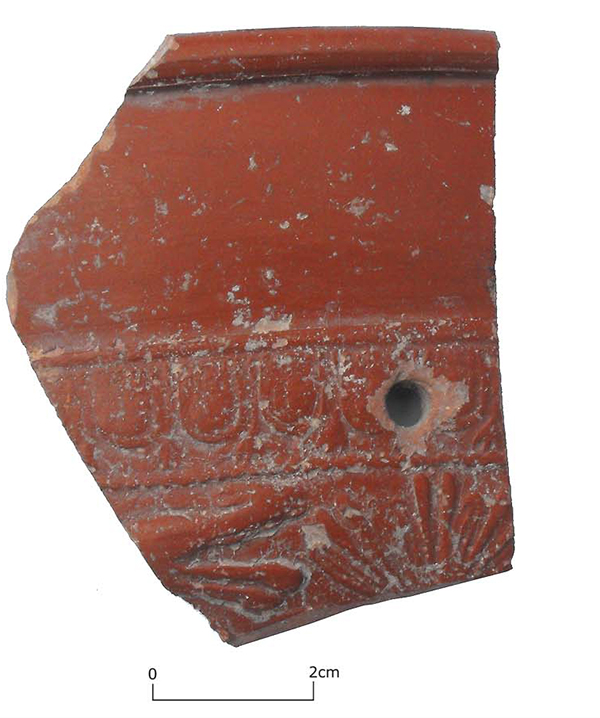 The VM_365 image for Day 183 shows a sherd of samian pottery from the excavations at the site of a Roman Buildings at Broadstairs which has had a hole drilled through it, so that the vessel could be repaired.

The sherd is from a first century Dragendorf 37 form bowl. made at the La Graufesenque workshops in Southern Gaul. The decoration on the bowl showed a bead border with a running animal motif, but it  was poorly impressed.

The vessel must have been broken at some point and the area represented by the  sherd in the picture was drilled through so that a lead rivets  could be used to repair it. Lead wire was passed through two holes and either joined in a loop, or the ends may have been cut off and hammered flat on the inside of the bowl.

Other Roman pottery from this site has already featured in the VM_365 project.