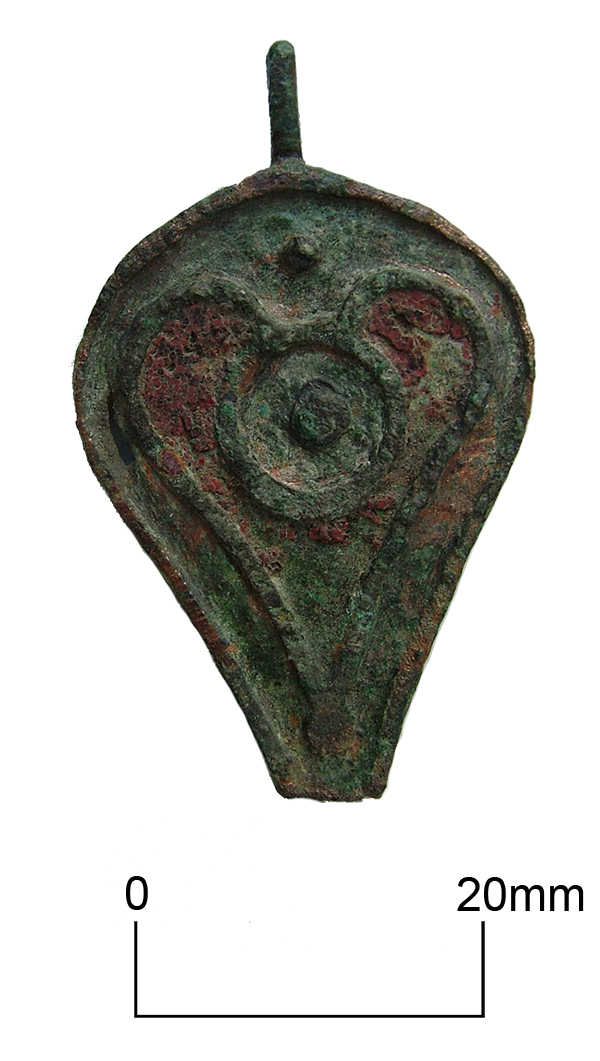 The image for Day  154 of the VM_365 project shows a 2nd to 3rd century Roman seal-box lid, found in the excavation of the Roman villa at Minster.

Seal-boxes were small bronze containers, used to seal the openings of documents and parcels. The box protected inside an impression made in a piece of wax from an intaglio seal, a carved image on a hard stone which was perhaps mounted on a signet ring.  The wax seal impressions from an intaglio served as private or public signatures, guaranteeing that the contents of the sealed document or parcel were authentic.

To secure a parcel,  a cord was passed through a central hole in the base of the seal-box forming a loop. The two ends of the cord were  wrapped around the parcel and through two additional holes on the underside of the box. The loose ends were passed through the central loop and pulled tight, through two notches either side of the base. The cords were held in place with beeswax and the personal seal iwas pressed into the wax, protected in transit by closing the lid of the seal box over it.

Our example is a leaf shaped seal box lid in  bronze, with an enamelled heart shaped design on the lid.