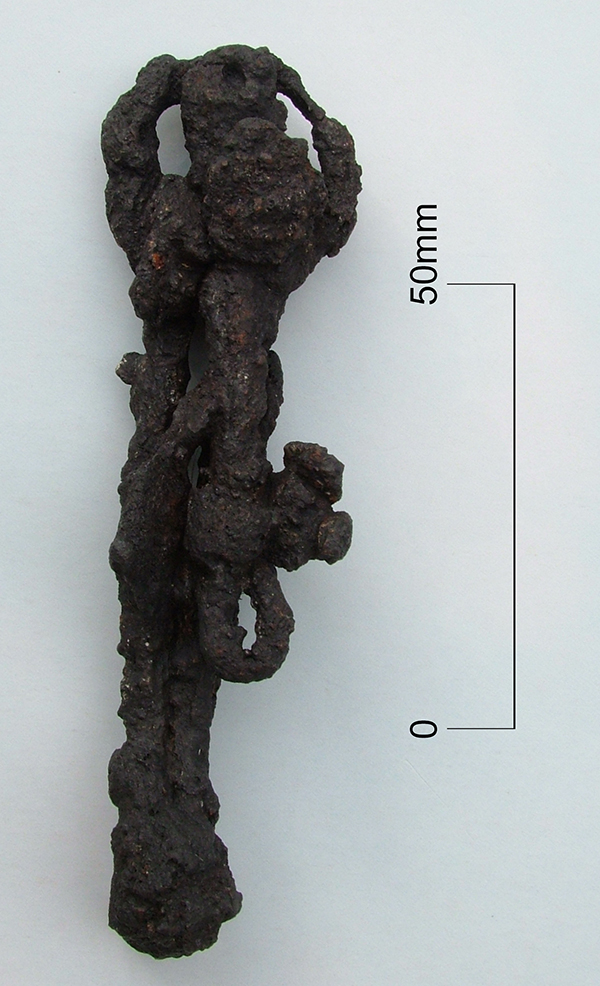 Today’s image for VM_365 Day 152 shows a heavily corroded iron châtelaine ring holding two iron keys or latchlifters which were excavated from grave 277 at Sarre in 1990.

This grave was undisturbed. Because of its small size and the lack of survival of much of the bone. was interpreted as the grave of a child, probably female.  Along with the châtelaine and keys, a bottle vase and an iron knife were also found accompanying the individual in the grave.

The two keys or latchlifters were suspended from the iron ring and were accompanied by a hook ended object with a sliding fitting on its shaft, which may be a keeper designed to hold the  châtelaine fast to a girdle when it was worn around the waist.