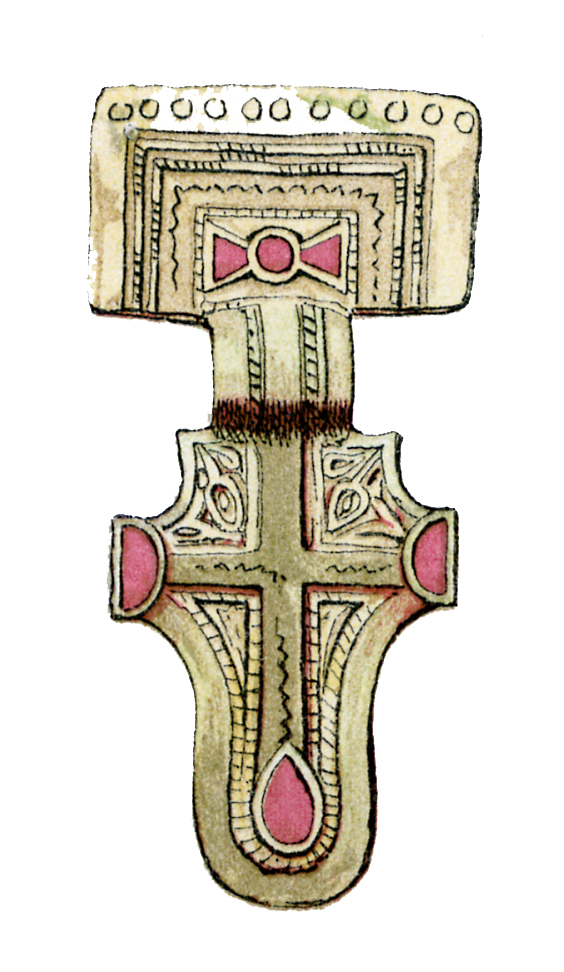 Today’s VM_365 image for Day 149 is of an illustration of a late sixth century,  silver, small square-headed brooch found in Grave 4 at Sarre by John Brent in 1863. This coloured illustration was published in 1863 in an account of the Kent Archaeological Society’s researches of the cemetery at Sarre.

The brooch is very similar to the example found in 1982 during the excavation of the Monkton Gas Pipeline which we posted for Day 147.

It is suggested that both brooches, as well as an example from Bifrons, Howletts all came from the same workshop and although very similar, they vary in slight details and do not come from exactly the same mould.

This brooch was found in the grave of a female along with a Great Square Headed brooch, a bell beaker, weaving baton, crystal ball and spoon, gold braid and other smaller items.