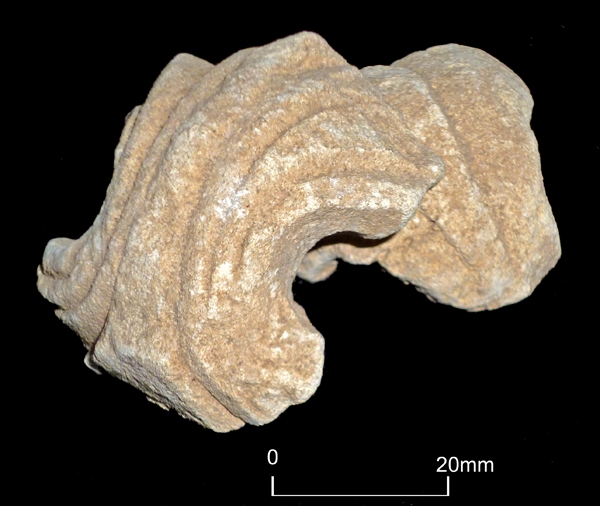 VM 365 Day 133’s image shows two fragments of decorative stone from the lost medieval parish church of All Saint’s, Shuart, which was excavated between 1978 and 1979 by the Isle of Thanet Archaeological Unit.

The image shows the fragments of delicately carved Caen stone dating from the 12th century. The carvings represent fragments of a piece of carved foliage, used to decorate the interior of the church. The pieces were found along with other contemporary fragments of decorative stone in deposits associated with the much later demolition of the church building.