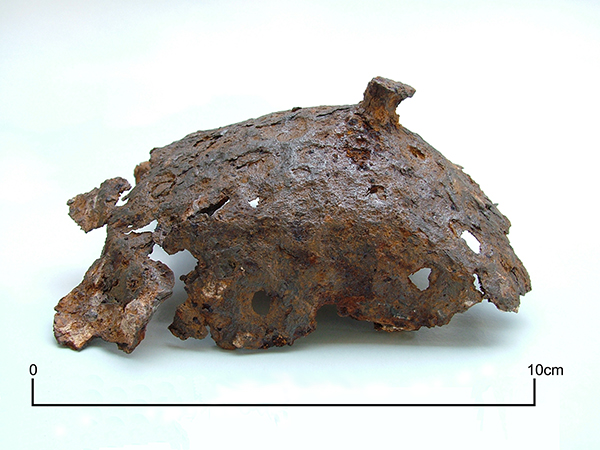 Today’s VM 365 Day 118 image is of the remains of  a sixth century type shield boss found within a grave at the Monkton  Anglo Saxon cemetery during pipeline work in 1982.

The shield boss was found in the grave of an adult male which had been heavily disturbed by ploughing. Only 12 centimetres of the grave’s depth remained intact. Despite the disturbance,  iron shield-grip fragments, a sword blade, bronze buckle, whet stone and a gold bracteate were also recovered from the grave.

The shield boss  fragments were located between the right elbow and left shoulder and would have been attached to a wooden shield which was laid over the body during burial.