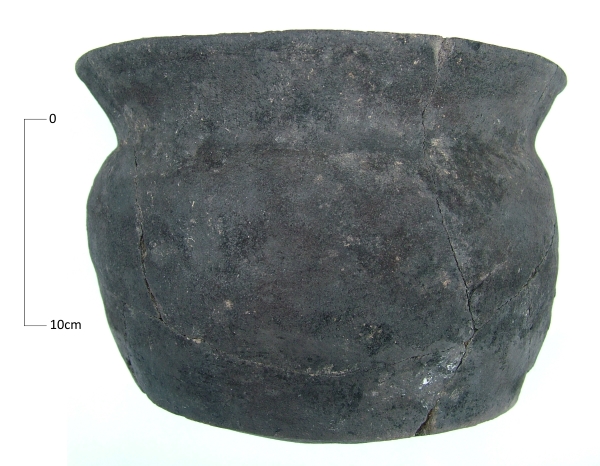 Today’s VM_365 image is of a large pottery cauldron or ‘stewing pot’, possibly dating from the 11th to the 13th century (c.1075-1100/1225 AD). The vessel was excavated from a contemporary medieval refuse pit at East Northdown Farm, Margate in 2003. The pit contained  sherds from six or seven pottery vessels, all made of Canterbury Sandy ware fabric, including the one pictured.

The pit also contained a large quantity of animal bones and large lumps of bonded clay and chalk which could have derived from the demolition debris from a nearby structure. Soil samples taken from the pit included fragments of barley, oats and elder, the cereal crops suggesting the agricultural products that were used for human consumption or animal fodder when the broken pot was thrown away.