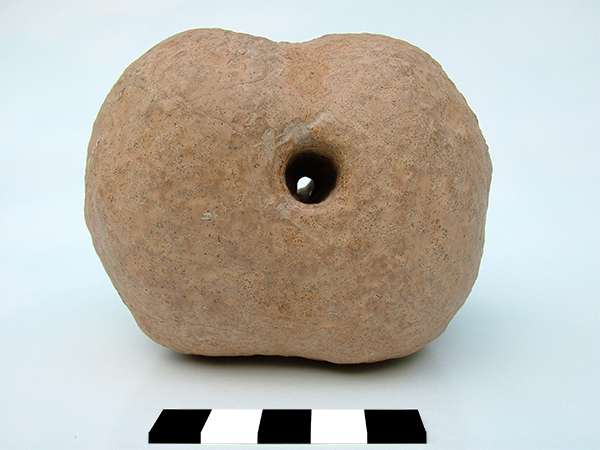 This loom weight shows evidence of heavy use wear from where it was suspended from a warp weighted loom which has created a groove in its surface. Other different types of Iron Age loomweights have been found at  Broadstairs and North Foreland.