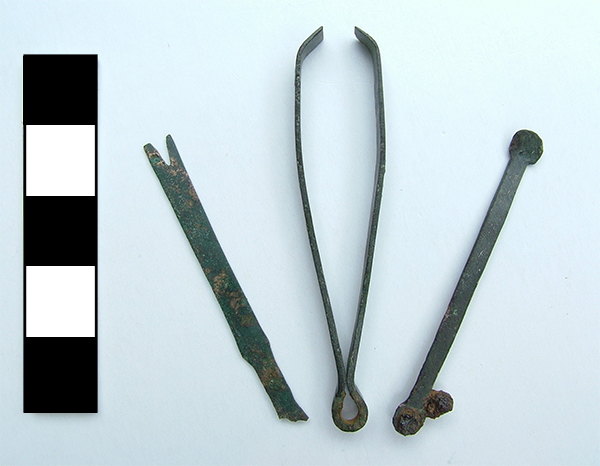 For Day 143 of  VM_365we have an image of a Roman personal grooming set excavated from the villa at Minster in 1997.

This set, all made from copper alloy, comprises (left to right) an instrument for cleaning fingernails, tweezers and an ear scoop or cosmetic spoon. The three items would have been suspended together with an iron loop, traces of which you can see adhering to the end of the ear scoop and inside the end of the tweezers. The end of the nail cleaner has broken but you can just make out the curve where the hole for the ring was.

Personal grooming sets such as these would probably have been used by both men and women and are commonly found on both settlement sites and within graves.