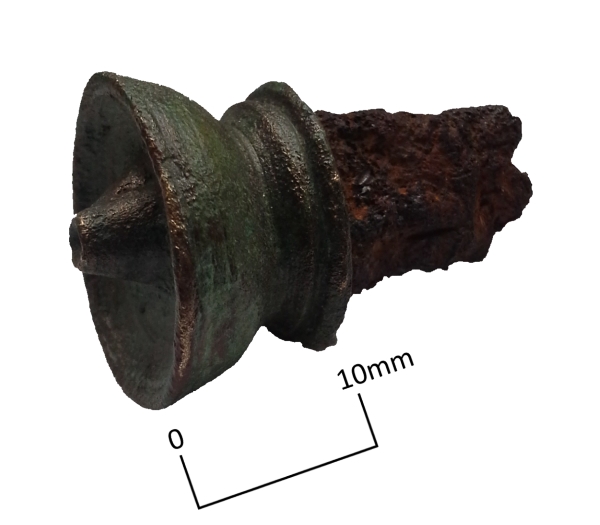 The cast bronze knob was visible on the front of the lock and was probably highly polished, while the iron shank passed through the lock plate and the wooden casket or door and was held in place at the rear by a pin inserted through the hole in the shank at the end.  In our example the shank has broken across the hole that the pin would have passed through.

Our example was probably used to hold the lockplate to a chest as the measurement between the knob and the hole in the shank suggests a total depth of lockplate and wood to be 15mm, too shallow for a door.