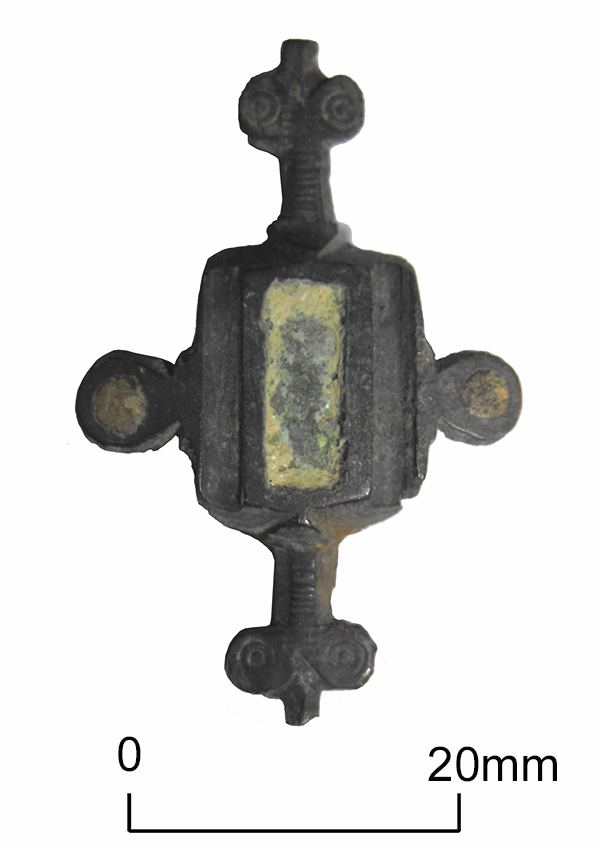 Today’s image is of a 2nd/early 3rd century brooch from Abbey Farm Roman Villa, Minster-in-Thanet. It was found in the upper fill of a well shaft which had been deliberately backfilled with large amounts of pottery and domestic rubbish. The pottery from the well shaft dates to the 2nd century with a few sherds as late as the early 3rd century.

The brooch is equal ended with a rectangular plate and two circular lugs. The projections are moulded and decorated with two sets of concentric circles and are broken at either end. In the centre of the brooch is a rectangular cell which was filled with enamel, now coloured yellow. The lugs are also decorated with two circular yellow enamelled cells.