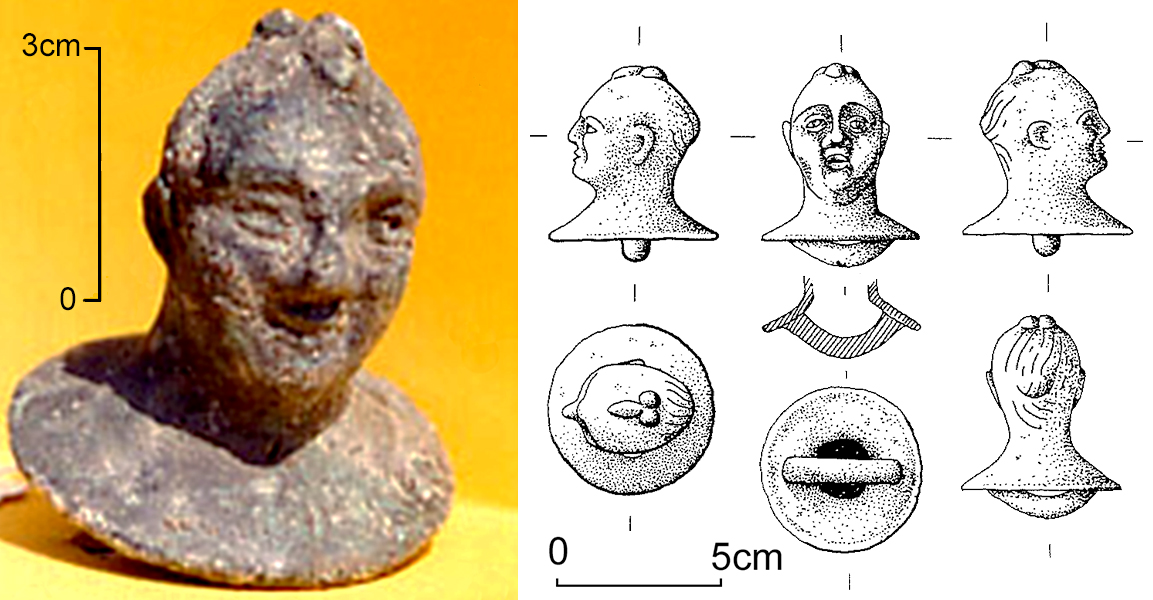 Today’s photo is from the large archive of slides we have from excavations dating back as early as the 1970’s many predating the Trust for Thanet Archaeology. This slide shows a Roman Bronze, no longer in our possession, excavated in 1981 by the Isle of Thanet Archaeological Unit, from a second century chalk quarry at St Peter’s Footpath near Draper’s Mills, Margate.  Alongside the slide are Dr Dave Perkins’ illustrations which show it in more detail.
The head is bald and shows a lock of wavy hair at the back. There is a phallus and a pair of testicles modelled on top of the head; a symbol used to ward off the ‘Evil Eye’.
The head is hollow and measures 63mm high with a 50mm diameter base. It was probably a decorative mount for a horse harness and intended as a good luck charm.

The full details of the Boxer were published in Kent Archaeological Society’s journal Archaeologia Cantiana 97 pages 307-311 by the late Dr David Perkins.